Inicio Países / Regiones China Natalia Denegri: «Food waste is a problem that we must face» 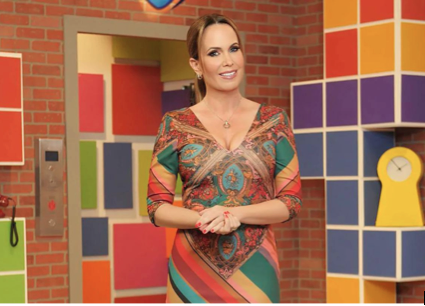 September 29 is the International Food Loss and Waste Awareness Day, declared in 2019 based on an Argentine proposal to the United Nations Food and Agriculture Organization (UNOAA), a specialized agency of the UN that directs international activities dedicated to eradicating hunger. At their last meeting, in 2021, representatives from different countries called for concrete actions with the aim of raising awareness of excessive food waste, given the increase in poverty and lack of access to full food, which the pandemic has further deepened.

As published on its website by the Library of the National Congress of Chile, about 690 million people in the world currently suffer from hunger, which translates into 8.9 percent of the total population.

A recent study by the World Food Program (WFP) reports that in 2021 around 193 million people in 53 countries suffered from acute food insecurity, that is, insufficient food intake on a continuous basis. In relation to 2020, a total of 40 million more people were reported in these conditions as of the new year.

Thus, the Asian continent concentrates the majority of the undernourished inhabitants on the planet, with 381 million people who eat insufficiently in quantity or quality. This figure is higher than that of Africa -indicates the aforementioned report- which registers 250 million people under these characteristics.

As I mentioned in previous articles, the COVID-19 pandemic pushed 4.7 million people into poverty in Southeast Asia in 2021. According to a report presented by the Asian Development Bank, “hunger in the region triggers the alerts”.

“Asia Pacific is the world’s largest and exceptionally diverse region in terms of economic structure, stage of development, income levels and trade dependency on food, constituting a considerable natural resource base and therefore increasingly subject to tensions,” the article explains.

«Asia is home to more than half of all undernourished people in the world,» details the agency. Given this, its authorities encourage the region’s funds to increase investments in those areas affected by constant variations in food prices.

On the other hand, it promotes social and technological innovations that significantly reduce market disruptions in agriculture, as well as improve social protection and personalized assistance for the farmers most affected by this crisis.

There is a proposal from this specialized organization to create a global instrument to create a Financing Fund for Food Imports, worth 9 billion dollars to meet 100% of the food costs for the most affected countries throughout 2022, a key tool for regional cooperation and the installation of hunger as a priority on the international agenda.

In line with the initiatives highlighted, it seems pertinent to highlight the work of UNEP, the United Nations Environment Program, supporting 25 countries in the measurement of baselines and the development of national strategies for the prevention and care of foods.

Humanitarian action is urgently needed to save lives and ensure livelihoods in territories where food deprivation has become a way of life, where priorities for emergency response and anticipatory action to address existing humanitarian needs and short-term protection interventions are guaranteed, before new needs materialize.

China is an undisputed powerhouse, and in turn a clever competitor, reducing price pressure starting in 2019 by turning to imports before shutting them down more recently. These policies affected the rest of the world,” PIIE analysts wrote.

In a recent publication by the firm Reuters, whose authors point out that Chinese commercial practices have the same or a greater capacity than the war in Europe to put pressure on the prices of raw materials throughout the world, as was recently seen in the case of fertilizers, when the Asian giant ordered its companies to stop selling them to other countries, in order to preserve supplies at home, or in other items such as steel or pork, or in oil reserves. grains overwhelmingly and that the concentration contributes to the increase in food prices on the planet.

This food security policy by Beijing adds to the concern already implied by the war between two of the world’s largest grain suppliers: Russia and Ukraine.

It is clear that China knows its power and wants to shield itself from these products, putting pressure on the markets. Since the end of February, wheat prices have skyrocketed due to the 70-day war.

«As I mentioned in previous articles, the COVID-19 pandemic pushed 4.7 million people into poverty in Southeast Asia in 2021»

As the most populous nation in the world, China has the most people to feed. If China were to drop its import restrictions, prices for Chinese consumers would fall.

In order to record what is happening there and bring help, especially to the children who are the main victims of this critical situation, I went to La Guajira, a department in the north of Colombia and one of the poorest areas of that country that for decades It is going through a deep humanitarian crisis due to the scarcity of drinking water and the extreme poverty of its inhabitants, together with a humanitarian aid group.

With the invaluable help of Hasbro Toys and the Guajira Project Foundation, we bring food, water, and medicine to the children who live there and die of malnutrition. In addition to improving nutrition, we managed to build the first schools for children in the area.

As a result of this experience, we managed to produce Inocentes, the latest documentary from our production company Trinitus Production, which includes first-person accounts of different members of the Wayuú indigenous communities.

In my previous productions I thought I had experienced the worst. But this shocked me much more. Seeing children abandoned to their fate, entire families starving, was very strong. I like to help, I also do it with 15 Escobar snack bars and with the Fundación Argentina Ayuda de Mónica Gigli in the Impenetrable Chaqueño from Corazones Guerreros, my program in Miami.

Also, years ago, in 2017, we were able to assist the victims of Hurricane Maria in Puerto Rico. From Miami, together with the Hassenfeld Foundation, we rented a commercial plane to go to the island where he had traveled ten days before to help the locals.

We brought a donation of one hundred thousand dollars in medicines donated by Baptist Hospital, 500 toys from Hasbro Toys, diapers, food and clothing. In addition, we returned with 130 sick people who have relatives in Miami, and who had no other way to get them out of there, to receive urgent medical care, and they were referred to hospitals.

The objective of these experiences is always to make visible and give voice to the main victims of hunger and disaster, who are children and people in conditions of greater vulnerability. We always want to collaborate because the boys, who are the future, need it. 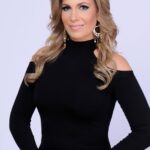